The yearly Nordic bar gala Bartenders’ Choice Award is celebrating its decade long work in highlighting local bars, bartenders and drinks. Joel Katzenstein and Jakob Sundin, co-founders of the event, have followed the growing confidence and appreciation of local bar craft with joy.

Bartenders’ Choice Awards was founded in 2010 in Sweden and it expanded to Finland, Norway and Denmark in 2017. Iceland joins the party this year, completing the Nordic family. It makes Joel Katzenstein and Jakob Sundin, co-founders of BCA, very happy. I interviewed them in Helsinki before the announcement of the Finnish BCA nominees. Why was the gala founded in the first place?

– We wanted to create the most prestigious price for bars to strive for. Not a competition where one specific drink decides a winner but a price that celebrates the day to day grind and the importance of consistency that goes into running a great and successful bar, Katzenstein tells.

Bringing the Nordic cocktail family together was the reason to expand from the comfortable Swedish home market into other Nordic countries.

– From my perspective there has been a strong connection between the Nordic countries and the community for quite some time but I also think that perhaps there is not enough focus or interest from the international bar scene since we are small countries and fairly small cities, Sundin explains.

According to Sundin, it has been pretty hard for Nordic bars to make themselves seen on a bigger global perspective. There are exceptions of course: Ruby in Copenhagen was perhaps the first poster bar for Scandinavia when BCA was founded.

– But there are so many bars doing really good work and they are getting recognized on some level but if we can work as an united front, the attention we get is bigger and so is the impact.

Besides giving a spotlight for local bars and bartenders, Sundin and Katzenstein also wanted to give inspiration for their local colleagues. One way of doing this was to invite international superstars into the gala.

– This was before bars did guest shifts every other weekend. It was very unique, you did not see it all the time back then. We had bartenders coming in from all over Europe, Los Angeles, Australia, San Francisco and so on. It was our way of inspiring Swedish bartenders and also to show the international stars the local bars.

Now that the BCA has expanded to the other Nordic countries also, sharing the whole scene with the international guests is the next goal.

– In the dream world we would like to take the international bartenders on a Nordic tour but that would take two weeks. One way of showcasing the whole scene was to launch the BCA week last year. This year we have around 24 events on the BCA week before the gala.

Sundin hopes that they have created a platform where craft, knowledge and creativity has a place to shine and a way to show and express the beautiful things that the Nordic bar scene has to offer.

When asking how BCA has affected the local bar scene, Katzenstein and Sundin find it hard to answer. They are so within the whole project that it is difficult to look at it from outside. But one thing is for sure: they have definitely seen the growth of confidence in local bartenders.

– When we founded BCA, everyone in Stockholm took themselves and drinks a bit more seriously. We had to take things more seriously and that was because bartending craft was looked upon as something very unserious. So we kind of had to convince ourselves and also our guests that it is actually a profession that you can make a living from. Now, after a couple of years people are more confident and it is more obvious that it is an actual craft and that we don’t need to take ourselves that seriously anymore.

Katzenstein thinks that this is a good change for bartenders and guests alike.

– We have gone from super serious and almost pretentious if you will to more fun vibes. Maybe that seriousness was a phase we had to take to be taken more seriously. Now we are in a very good place both for ourselves and for consumers also.

Even though BCA is focused on the views of bartenders on their own craft, Sundin and Katzenstein have not wanted to leave out consumers from the voting. That is why they created a category called People’s Choice, where regulars, friends and family get to vote for their favourite bars.

– Idea of having that category is not to exclude everyone else, it is called Bartenders’ Choice Awards for a reason, but we don’t want to leave others outside of it. It is always fun to see people engage with their customers and regulars on this category.

BCA is highly appreciated amongst bartenders, especially in Sweden. This year BCA was actually nominated by Swedish bartenders in their own gala as the Improver of the Industry. The team behind BCA was honoured for the recognition, but decided to lift other people instead and declined the nomination to make room for others.

– We hope that people see BCA as a good initiative. We don’t need the spotlight for ourselves anymore, Sundin sums up.

The winners of Bartenders’ Choice Awards will be announced in a gala on 8th of December in Stockholm. 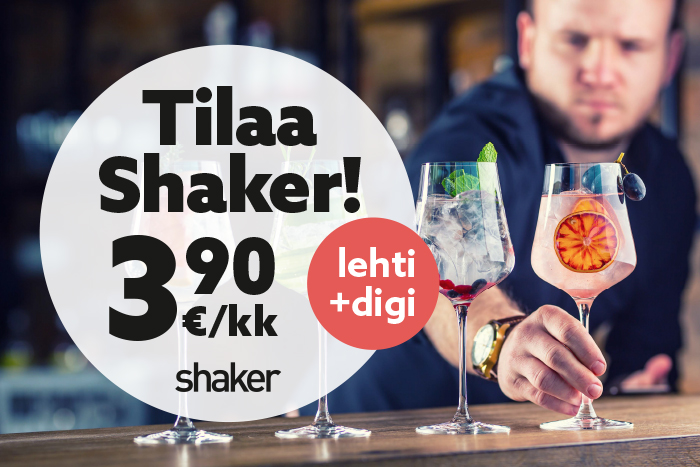